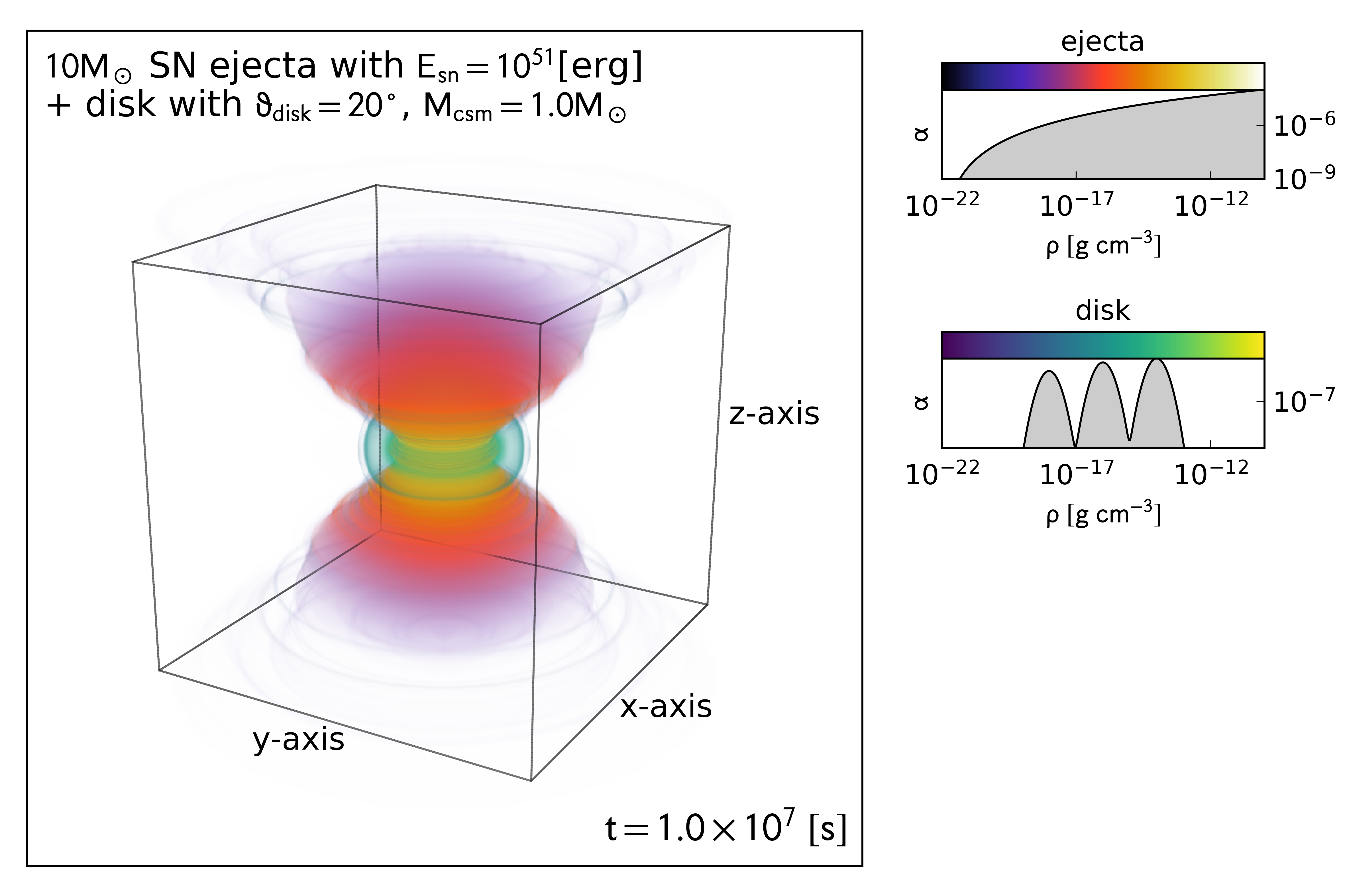 Dr. Akihiro Suzuki (NAOJ Fellow), Dr. Takashi Moriya, and Dr. Tomoya Takiwaki of Division of Science, NAOJ performed two-dimensional radiation-hydrodynamic simulations of supernova ejecta colliding with circum-stellar media to investigate how they look like. They found that their light curves are highly dependent on the viewing angle along which observers are seeing the object. This result may explain the diversity of light curves of supernovae powered by the collision with the surrounding gas. They will conduct additional researches on the spectral formation and polarization signatures to ultimately unveil the origin of the circum-stellar environment of exploding massive stars. This result has been published in The Astrophysical Journal.