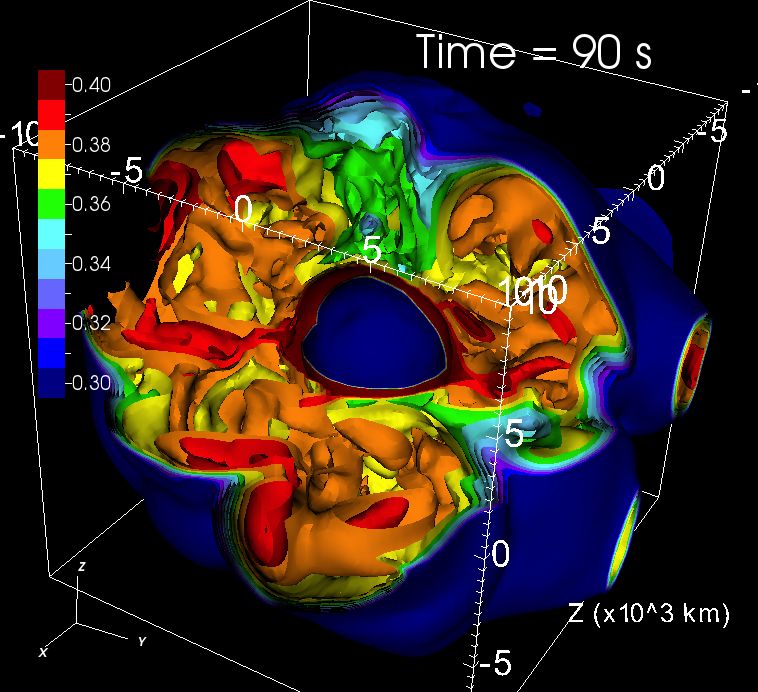 Dr. Takashi Yoshida (University of Tokyo), Dr. Tomoya Takiwaki (Division of Science) and their colleagues have been successful in a three dimensional simulation of O-shell burning phase just before the core-collapse of a massive star. A strong turbulence whose Mach number of 0.1 is found in the simulation. The figure depicts the mass fraction of Si. The turbulence makes anisotropic density distribution and that can promote a vigor explosion of core-collapse supernovae.